The Volvo PV is a series of two-door, four-passenger car models — the PV444 and the PV544 — made by Volvo from 1947 to 1966. During World War II's early stages, Volvo decided that a new, smaller car that could deliver good fuel economy would assure the company's future. A raw materials shortage during the war drove home the point that an automobile should be smaller, and also complicated Volvo's ability to mass-produce the product. In 1944, when the car was finally introduced to a car-hungry public, response was very positive and orders poured in from the Swedish population. It was another three years though, until 1947, before series production began.

The PV quickly earned a reputation for being strong and rugged, although the design was considered outdated from early on. The PV also competed successfully, in the American SCCA class but also internationally, with a second-hand PV544 memorably winning the Safari Rally in 1965.

The 544 received incremental mechanical revisions and trim changes until its final production year of 1965. Exactly 440,000 units were built during the 18-year run. The car had so endeared itself to its owners that Volvo ran self-deprecating advertisements in late 1965 and early 1966 imploring PV owners not to be angry with the company. 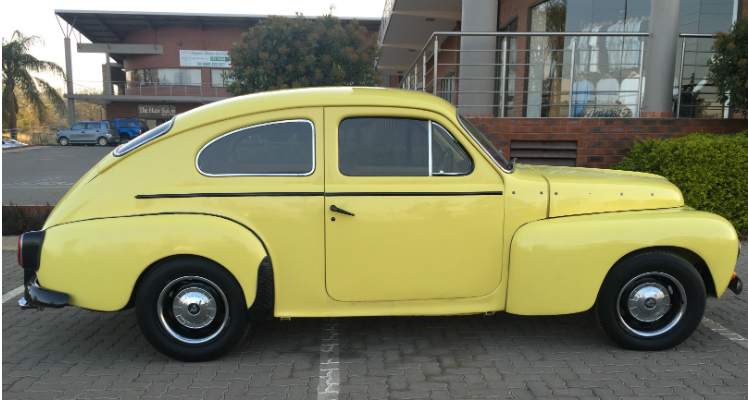