The first-generation Ford Mustang was manufactured by Ford from March 1964 until 1973. The introduction of the Mustang created a new class of automobile known as the pony car. The Mustang’s styling, with its long hood and short deck, proved wildly popular and inspired a host of imitators.

It was initially introduced as a hardtop and convertible with the fastback version put on sale in August 1965. At the time of its introduction, the Mustang, sharing its underpinnings with the Falcon, was slotted into a compact car segment.

With each revision, the Mustang saw an increase in overall dimensions and in engine power.

Though it was more or less a humble Falcon beneath its sporty skin, Ford's new Mustang still looked like nothing ever seen before when it burst onto the scene in April 1964. More than 417,000 were sold within a year, a new Detroit record. Bucket seats and a floor shifter were standard, and either six-cylinder or 289-cid V-8 power was available under that long hood. Ford's K-code High Performance 289, rated at 271 horsepower, remained the hottest optional engine up through 1966.

Unveiled right after the so-called “1964½” run morphed into the traditional 1965 model year, the even sportier 2+2 fastback pushed the Mustang's body count to three, joining the carryover coupe and convertible. Another choice offered in all three shapes, the Mustang GT, debuted in April 1965 to help mark the first birthday of a new genre called the “pony car”. Various details set a 1965 Mustang apart from its 1964½ predecessor. The easiest to remember was Ford's switch from archaic generator to a modern alternator. 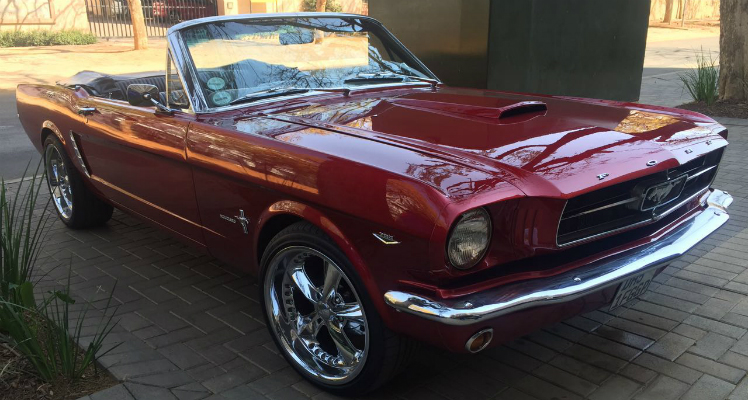