In South Africa, Chevrolet was GM's main brand name until 1982.

Originally, Chevrolets were CKD kits of US models assembled in their plant in Port Elizabeth. A knock-down kit is a kit containing the parts needed to assemble a product. The parts are typically manufactured in one country or region, then exported to another country or region for final assembly. However, since South Africa was right-hand drive and the US was left-hand drive, along with encouragement by the South African government to use local content, Chevrolets such as the Viking were eventually made entirely in South Africa, along with GM's "own car for South Africa": the Ranger.

This is a truck is in excellent shape and would be an excellent classic candidate given the 40 years of rugged work for which this truck was manufactured. It has a 292 L6 Straight 6 motor in great running condition and with low mileage. The transmission is a factory original Chevy 4-speed and it drives a Chevy 15,000 pound single speed rear axle. This beautiful machine has a flat bed and a rear lift tailgate and is capable of taking up to 6 tons. 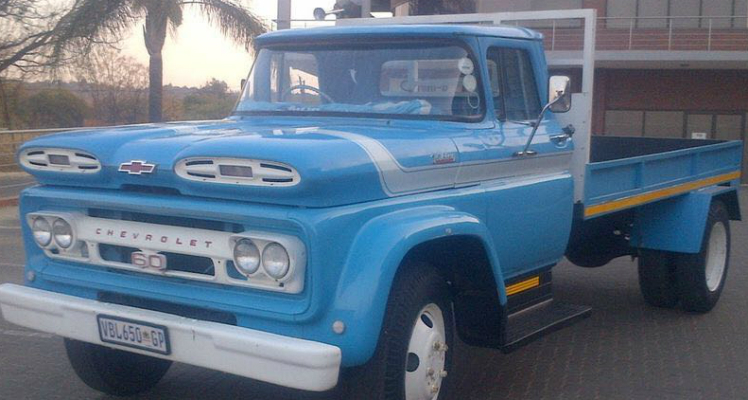